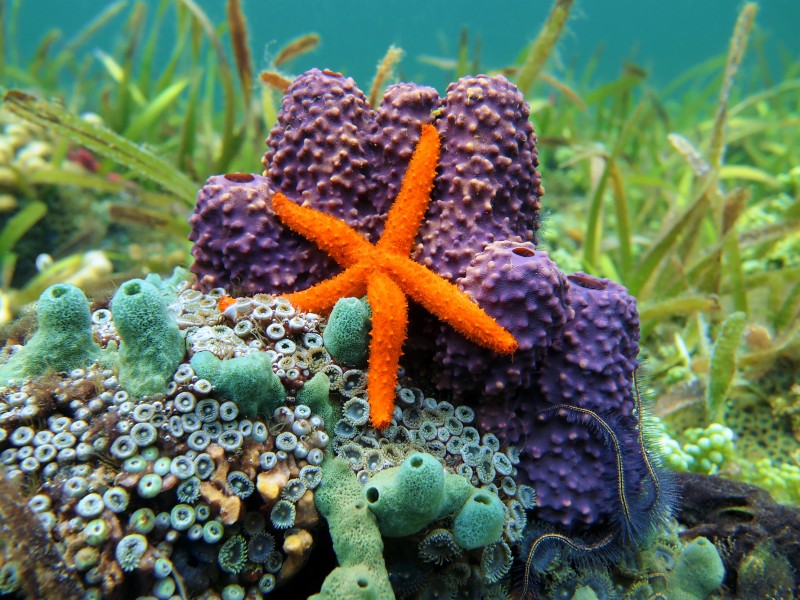 WE'RE RELYING ON YOU TO BE AN ECOTOURIST!
♦  Respect your holiday destination and act like you would "at home".

♦   Be responsible for your waste, so don't just leave it lying around in a public place or in the countryside.

♦   Sort your waste while on holiday.

♦   Warn the competent authorities in case of pollution.

♦  Use the most environmentally-friendly means of transport (walking, cycling, public transport, etc.).

♦   Respect all life (fauna and flora) in natural spaces that surround us.

DOGS ARE PROHIBITED FROM ALL BEACHES 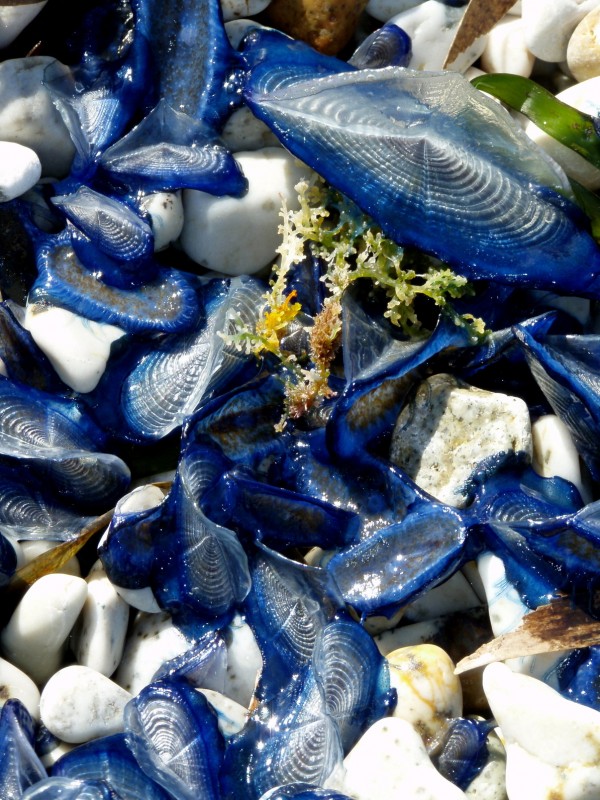 Blue floating colonies, around 3-4 cm in size. Velella feed on small plankton-like organisms. These extremely common animals living in colonies float with the current, so they arrive on the coast in large numbers in spring and summer.
They are not dangerous for humans. 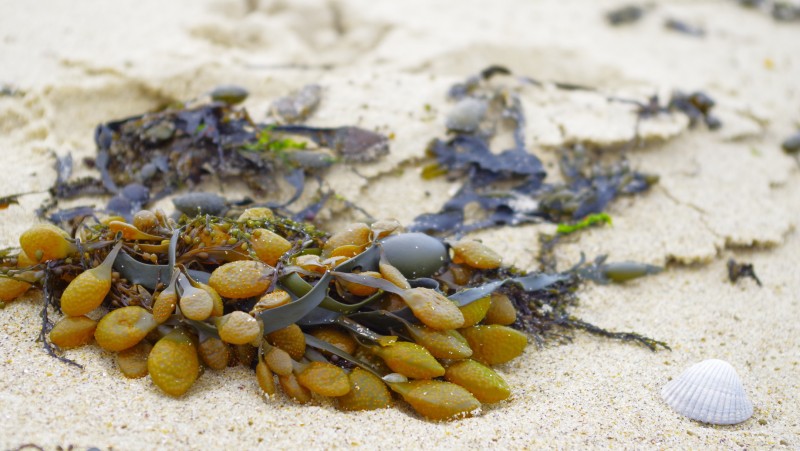 The sea leaves large amounts of debris on the shore. This includes: seagrass, seaweed, shells, sea urchins, sponges, wood, and much more. This debris is not waste and plays an important role in maintaining the ecological balance of beaches. It prevents the sand from washing away and suffocating the underwater ecosystems. 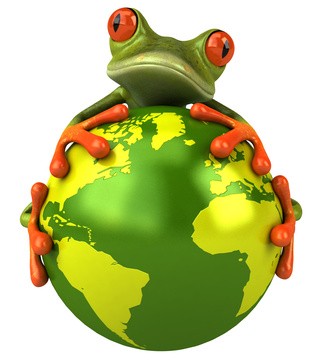 The sea is magical... inseparable from the wind, the waves and freedom. It's also one of the most endangered
ecosystems.

« If I go on holiday by the sea, I get my family to do some sport: cycling and walking. I make sure my parents leave their car behind.
« I make sure I don't go too close to the sea with very light objects that could fly away and pollute the beach.

« I don't climb the fences built near beaches and on islands: They protect vegetation from damage by walkers.
« Before leaving, I remind my parents not to leave any rubbish behind, including their cigarette ends.
The Tourist Office and the municipal services provide
free ashtrays for the beach.
« If I go fishing, I find out about fishing seasons and the permits I need to eat my fish. Fishing for sea urchins is strictly regulated.
« At sea, I avoid noisy and polluting motorised activities. On a boat, I make sure that my family don't throw anything in the sea. I remind dad to stick to the speed limit and not to drop anchor among seagrass meadows.

BECAUSE YOU'RE NEVER TOO YOUNG TO PROTECT THE PLANET! 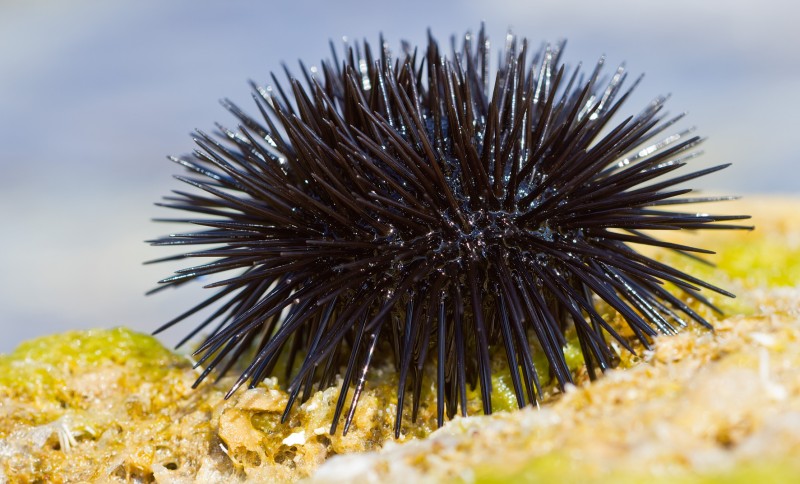 Sea urchins are an endangered species:

Sea urchin fishing regulations
Along the entire French coastline, sea urchins can only be caught from 1 November to 15 April (except in the Bouches-du-Rhône département: 1 November to 31 March). Quantities are limited to 4 dozen per person, per day on foot. Those fishing from a boat are limited to 4 dozen per person on board per day, with a maximum of 10 dozen per boat at sea.
The smallest size that can be caught is 5 cm in diameter, excluding the prickles.It is forbidden to sell your catch. 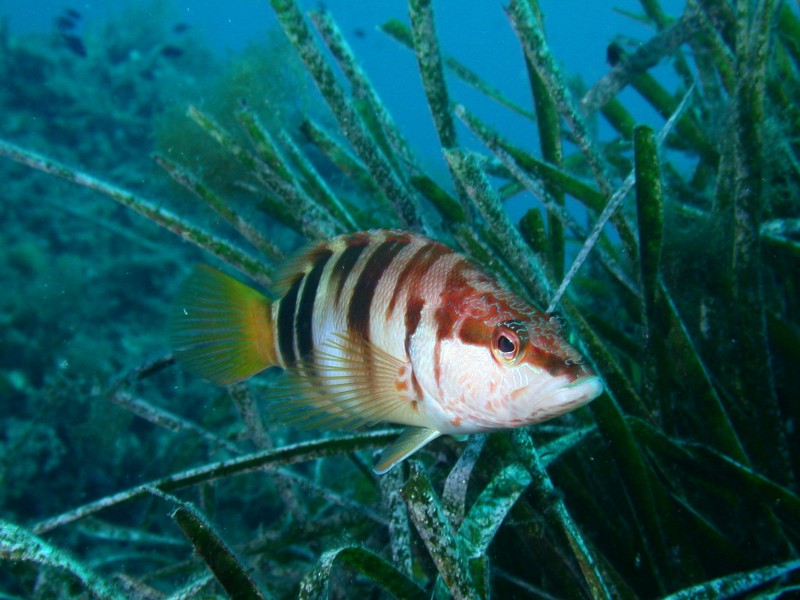 Attention – delicate!
Posidonia and cymodocea are not seaweed; they are flowering plants. They form vast meadows under the sea that are a vital part of the marine ecosystem of the Mediterranean. They protect against coastal
erosion.
A source of oxygen, posidonia and cymodocea meadows are spawning beds and nurseries for numerous species of animals and fish.
Travel plan