Evidence of settlements in the area can be traced back to the Neolithic period, however the first written record dates back to Antiquity, when a Greek trading post, Tauroeis, was established at the Mouret bridge in the 5th century BC. This was followed by a larger settlement at Brusc at the end of the 3rd century BC. In the Roman period, Tauroeis was destroyed by Julius Caesar in 49 BC, only to be rebuilt under the name Tauroentum.
During the Middle Ages, Six Four was ruled by the Abbots of St Victor of Marseille, the Viscounts of Marseille and the Counts of Provence; a castle and a village were built on what is now known as St Pierre hill.
In 1650, the St Pierre chapel was elevated to a collegiate church. A feudal castle, a hospital, the collegiate church which accommodated up to 11 canons and several chapels also date from this period. A perimeter wall protected the village, which could be entered through 4 doors.
Families began to move down towards the plains and the coast and communities began to form. King Louis XIV (1 February 1658) ordered Six Fours to separate from La Seyne and St Mandrier, which still left an area of 2,700 hectares (one of the largest towns in France).

In the 18th century, the old Six Fours was abandoned for the plains. Possible explanations for this phenomenon include a growth in population, lack of water and cultural facilities in Reynier. The population settled in hamletswhich bore the name of their families: Catalan, Monet, Julien, Guigou and so on.
The old village of Six Fours was destroyed in around 1870 to build the fort of Six Fours, which explains the absence of an old town in Six Fours nowadays.

Today Six Fours has a population of around 35,000 inhabitants and its main industries are tourism and other service sector activities. 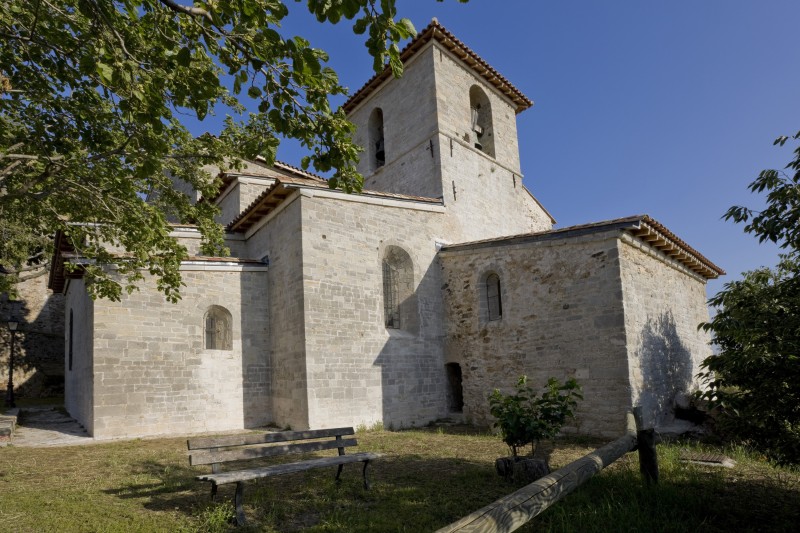 
Born from the separation with Six Fours (1658), the small port of La Seyne was originally a district attached to Six Fours, which allowed fishermen to benefit from the exceptional conditions of the location: shelter from wind, rich fishing grounds, fertile land, etc. But as the population and the village grew, La Seyne was granted independence by Cardinal Mazarin. The maritime industry was always going to stay in La Seyne, after a port was created for boats in 1530.

In 1711 the first wooden ship building site opened, using the Cap Sicié forest as its source of wood. In 1835, a shipbuilding company, Société des Forges et Chantiers de la Méditerranée (metal construction), was set up. In 1859, the railway arrived (Paris – Lyon – Marseille), accelerating the pace of construction and resulting in the Pont Levant(1917) being built to relieve the traffic congestion of La Seyne port.  The shipbuilding company was liquidated in 1966 but after huge storms of social protests, a new buyer created the company Construction Navale et Industriel de Méditerranée (C.N.I.M) which closed on 28 February 1989. This past has had a real impact on the identity of La Seyne as generations of the town's residents took their places in the shipbuilding yards: more than 1400 units (liners, warships, submarines, oil platforms, etc.) have been produced here.

The coastline outside of the town centre has been shaped by the military port of Toulon and the surrounding structures for its defence, Fort Balaguier (1634), Fort de L'Eguillette (1680), Fort Napoléon (1812) and Peyras Battery (1879, battery equipped with German canons, very unusual).
Tamaris has also influenced the history of La Seyne, as Marius Michel Pacha created this luxury seaside resort from scratch (from 1880 until his death in 1907): hotels, casinos, villas and anything else visitors could want. Everything had to meet the requirements of a luxury winter holiday resort. When the Tamaris holiday resort became less popular, Les Sablettes holiday resort took its place. Its proximity to the beach suited the new fashion for sea-bathing. Razed to the ground during the Second World War, it was completely rebuilt by the architect Fernand Pouillon and listed as a 20th century heritage site.

The second largest city in the Var, today La Seyne has more than 63,000 inhabitants. 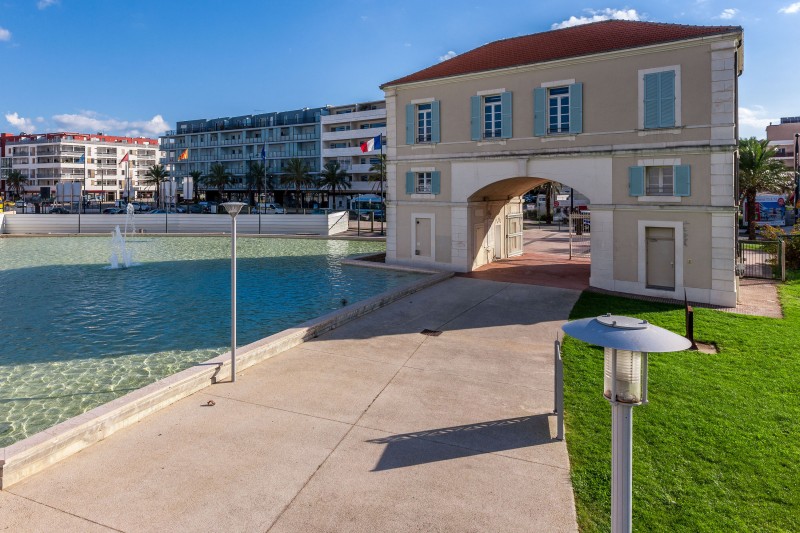 
Its gorges were inhabited during the Neolithic age, but the town of Ollioules was first born in the Oppidum de la Courtine settlement (from the 6th century BC until the year 0). A fortress inhabited by Celtic-Ligurian tribes, it began with Taureis (Le Brusc) and Hyères. During the Pax Romana, (from 1st Century AD), the residents began to cultivate land on the plain.

The second period of occupation of Ollioules began in the 9th Century, during the Middle Ages. The land around Ollioules was given to the Viscounts of Marseille and the medieval city was born: a castle, the Saint Laurent church, battlements, and so on. It continued to expand until the Renaissance period, when it underwent remarkable growth, due to the supplies of groundwater that were used to irrigate gardens and feed windmills. Ollioules saw its population grow from 240 to 500 houses between the 15th and 17th centuries.

The town's horticulture industry intensified in the 19th and 20th centuries with the famous floral parade (the first town in the Var to organise one). This activity gradually died out following inflation of land prices, caused by the property market, international competition and hailstorms at the beginning of the 1990s.

Today Ollioules has around 15,000 inhabitants. 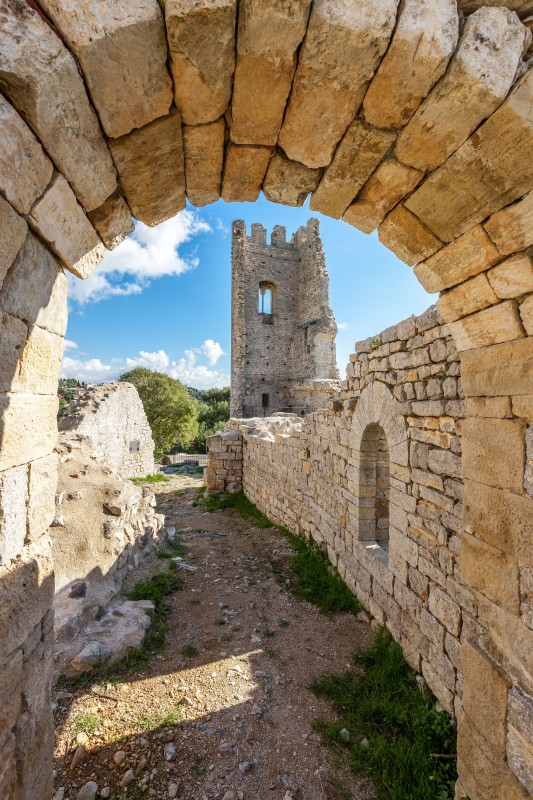 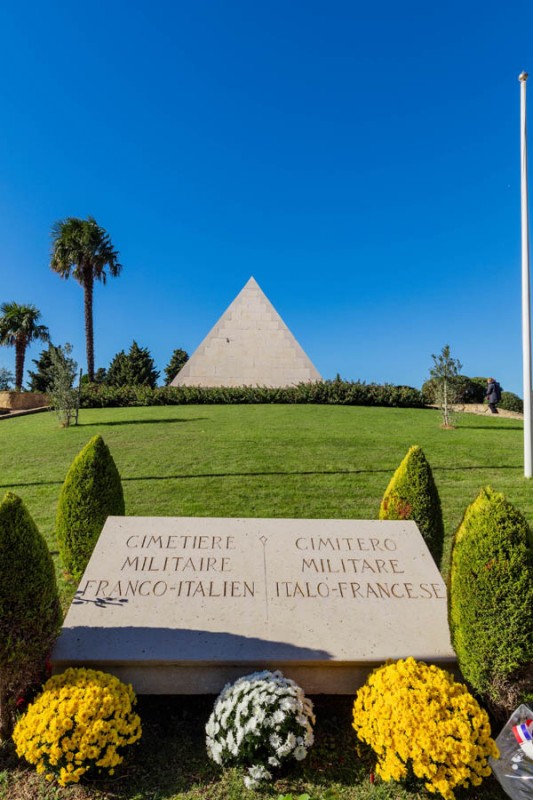 
Closing the famous harbour, like a lock, the Saint-Mandrier-sur-Mer peninsula, in the most remote times, was made up of three nearby islands that had become "Isle de Sépet" over the centuries. The Phoenicians, the Rhodians, the Ligurians, the Celto-Ligurs, the Massadians, the Romans stopped there. Thus, the bay of Creux Saint-Georges sheltered many navigators and some huts appeared on the shore.

The origin of the name of the commune goes back to the VI ème century when Manrianus and Flavianus, two illustrious Saxon soldiers of the army of Ostrogoths, baptized by Saint-Cyprien priest of Toulon, came to take refuge on "Isle de Sépet" where they lived until their death. Six-Fours, La Seyne, l'Ile de Cépet formed then only one territory. 6th to 11th century, this island was only a set of farms. Its fame came from the presence on its land of a Phocaean tower transformed into a chapel in 566 and the Chapel of St. Honor with its priory, dating from 1020.

In 1657, Seyne obtained its communal independence with demarcation of the grounds extending up to the peninsula of Sépet, because our island had become peninsula between 1630 and 1657 thanks to the formation of the isthmus of Sablettes. The village, also called the "Cros Saint-Georges" began to take shape and then became a section of the mother commune La Seyne. On the same date (1657), in order to protect countries against the spread of contagious diseases, a lazaret will be created where ships from suspect places were quarantined.

In 1670, the "Infirmerie Royale Saint-Louis" was built, replaced in 1818 by the Hôpital Maritime Saint-Mandrier, and throughout the 18th century life in Saint-Mandrier was closely linked to the events taking place in the harbour.

The 19th century was the century of great works:

Wars and maritime disasters put the hospital at the forefront of the news. It closed in 1936 to give way to the school of the Mécaniciens et Chauffeurs de la flotte (GEM).

At the beginning of the 20th century, the inhabitants led a peaceful life. The village will see the creation of the Etablissement du Creusot, of the Aviation on the square, then the construction of lazaret oil tanks which had ceased to function since 1909. We will attend the installation of the Batteries of 340 and especially the development of the various schools and establishments of the Navy: the GEM, which later became the GEEM, the School of Diving, the Hubert commandos, the semaphore, the gunners, the CIN, the BAN...

In 1950, the independence of the commune will be the most important event thanks to Louis Clément, its first mayor. Max Juvenal will succeed him then Joseph Quilgars and finally Guy Moine.

Since 1995, Gilles Vincent, young and dynamic mayor, thanks to numerous works, has renovated the village in order to adapt it to modern life and enable it to face the new millennium with serenity. This small hamlet, commercial port, important fishing centre that has become a modern marina that many holidaymakers enjoy every year, three-quarters of which is occupied by the French Navy, will henceforth be known for the presence on its land of the great schools attended by our brave sailors, pride of our nation.
Travel plan