In the heart of Provençal life

Provence has long been known for its exceptional sunshine. Water is a rare and yet essential element for life. "En prouvènço, l'aigo vau d'or" ("In Provence, water is worth gold").
It is therefore no coincidence that it is in the heart of Provençal villages, materializing in the form of washhouses, fountains, canals... becoming places of meetings, exchanges but also public stages.
Let us focus our attention on the fountains, which are located in the heart of our villages and always bring a special charm.
It is very pleasant to walk in the heart of the villages in summer and take a break in the shade of the plane trees. We like to plunge a hand into a fountain to cool down. How good it is to watch the children play around the fountains.


The establishment of the first populations in our region, at the precise location of the entrance to the Ollioules Gorges; in the confluence of the Reppe and the Destel is not due to chance.
The proximity of the water was the main reason for this.

Until the arrival of water at the "pile" (sink) in the 1940s, the fountain, the source of life, was at the centre of public life. Its functions were multiple:
- drinking water supply
- watering trough for animals
- small laundries at the end of the pool
- use of the overflow by millers (oil mills) and craftsmen.

There are 7 fountains in Ollioules:
The Saint-Laurent fountain, on Place Victor Clément, next to the church
La Fontaine du Rentier, avenue Barthélémy Dagnan
The first drinking fountain in Place Jean-Jaurès
The second drinking fountain in Place Jean Jaurès, opposite the Jonquier nougaterie
The fountain known as the Septem fountain, Trotobas Square
La Fontaine du Faubourg, avenue Georges Clémenceau
The fountain of the Convent of the Observantines. 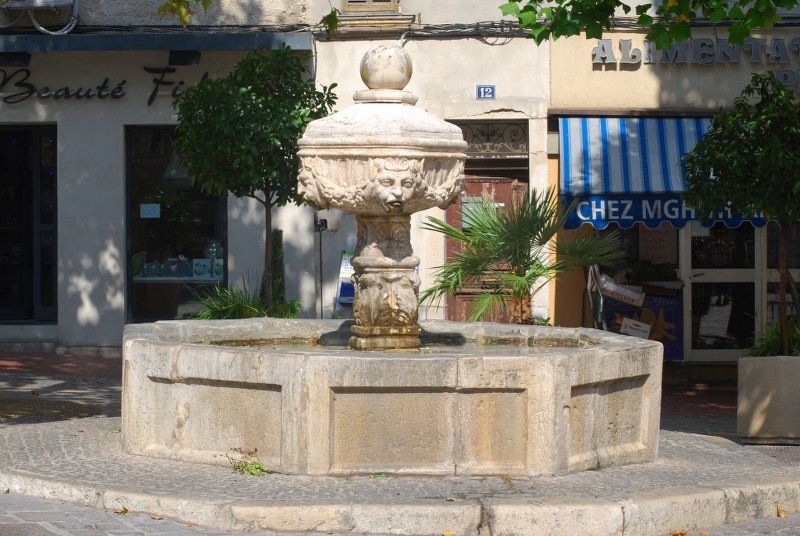 The St Laurent fountain (16th - 17th century, Place Victor Clément) is the oldest preserved and bears the name of the Patron Saint of Ollioules. It has an octagonal basin (attested since 1564, enlarged in the 18th century) in the centre of which stands a massif sculpted in 1699, with corner masks, garlands of flowers, shells and acanthus leaves, according to the Provencal type of this period. Long covered with concretions and plants, it has been restored to recover these splendid Baroque sculptures.
It is the most famous fountain and probably the most photographed! 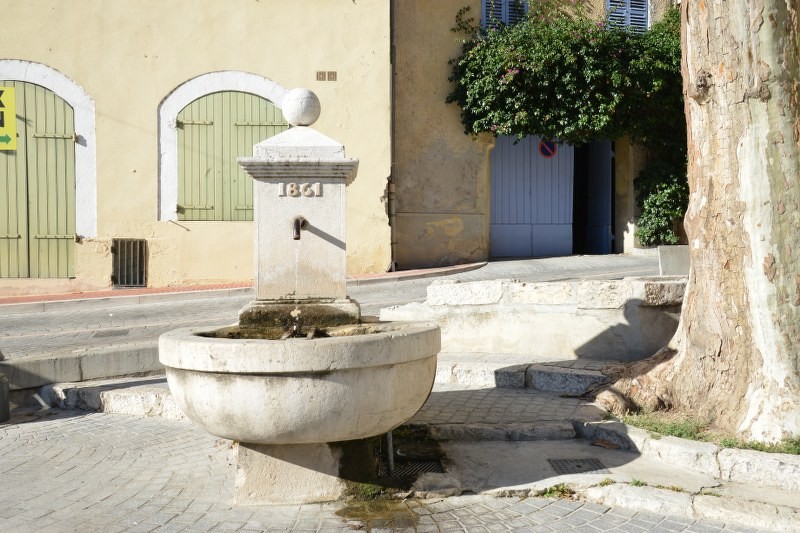 The Fontaine du Rentier (1861, avenue B. Dagnan), whose name refers to the annuitant who represented the lord before the Revolution, is of the type of the leaning fountain, with a basin in the shape of a salt cellar. 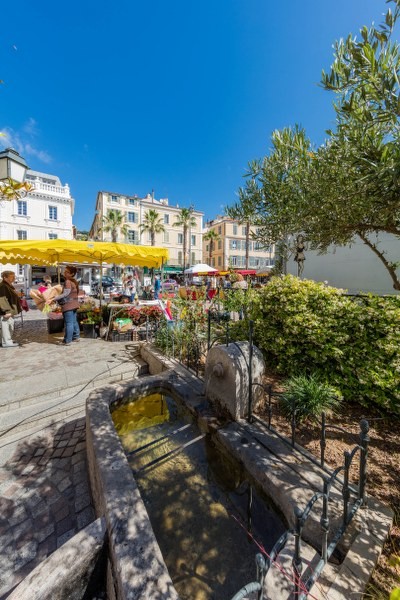 The fountains in Place Jean Jaurès

In 1806, in addition to the central fountain, which has now disappeared, and for the sake of balance, two rustic fountains/water troughs were installed at each end of the square.
To the north, along the national road at the site of the current fountain, the water trough ("aburadou") has disappeared. In the south, where it is still found today, the drinking trough, as its name suggests, was used to make the animals drink.

A rustic fountain in the sense that it is formed by a simple low rectangular basin (1 metre high).

The Fontaine de la rue nationale (1851), replaced the water trough set up in 1806. A beautiful fountain once framed by two monumental staircases, it is located below Place Jean Jaurès opposite the Nougats Jonquier.


The Fountain of Septem (1829, Place Trotobas) is made up of the basin (in Cimaï marble) of an old fountain formerly located on Place Jean Jaurès, in the centre of which stands a massif whose entablature was intended to receive a sculpture; but the changes of regime delayed both the project and the sculpture was never realized. 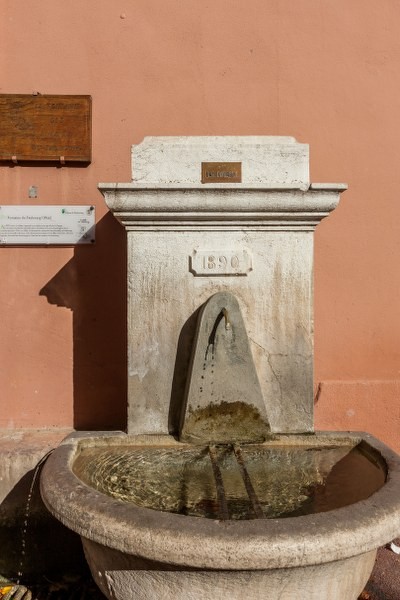 The Fountain of the Faubourg

1854, avenue Clémenceau: out of its medieval walls the village expands and moves to the left bank of the Reppe, the fountain of Septem is too far from the Faubourg, it is necessary
"to bring the waters to this lowest point in the city" estimate dated March 13, 1854. This fountain was restored and improved in 1890 and named: Fontaine du Faubourg. 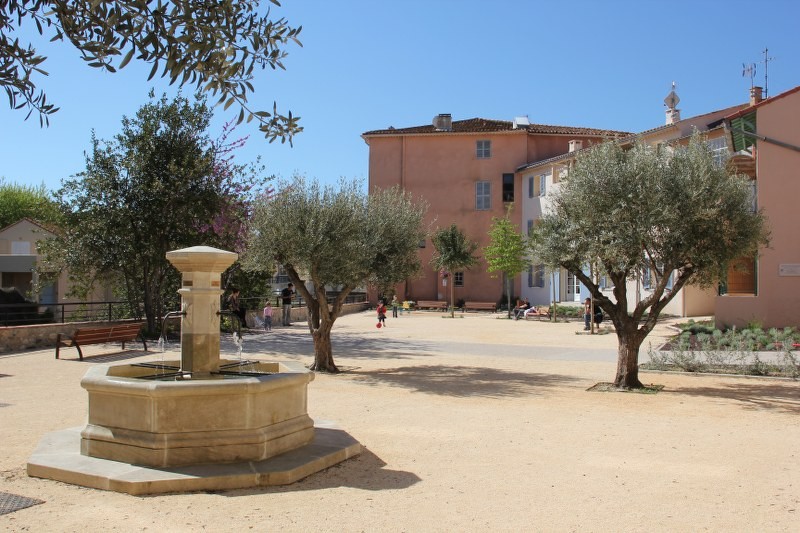 Fountain of the Couvent des Observantins


Located on the banks of the Reppe, in the convent's landscaped garden, this cultural space steeped in history has been perfectly restored. A fountain is located in the middle of the square surrounded by olive trees.
Sources: Ollioules Town Hall & Raoul Decugis (Les Chroniques du Patrimoine. Clin d'oeil à l'eau à Ollioules)
Travel plan