A holiday destination surrounded by sea, villages and forest 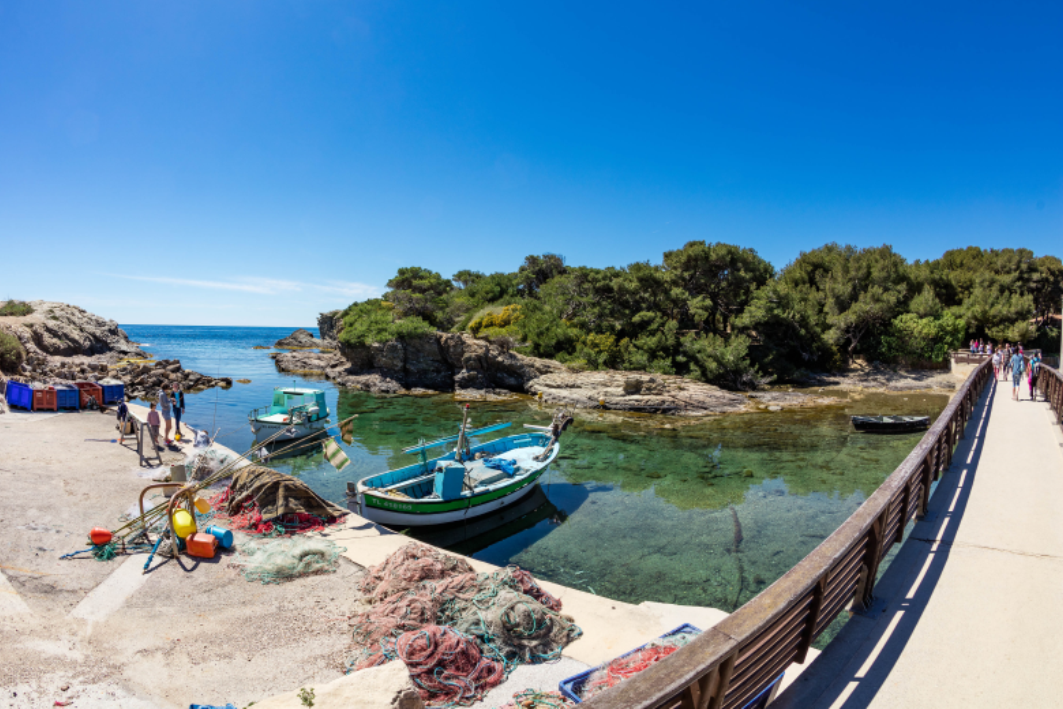 Located in the extension of the port of Brusc, facing the island of Embiez, this small paradise is accessible by a footbridge.

In fine weather, the lagoon becomes a lake... the water is clear... it is an ideal place to find calm and serenity at the end of the day, while admiring a sunset worthy of the tropics.
On mistral days, when the sea rages on the rocky coasts, the peninsula and its islands take on a Brittany air.
You will find an exceptional fauna and flora with the famous anemomorphosed pines. These trees with particular shapes, were shaped by the "Mistral", northwest wind.

L'île des Embiez, a jewel set on the great blue... frequented since the 11th century by monks who exploited the salt marshes until the acquisition of the island by Paul Ricard in 1958. With 90% of the natural species of the Mediterranean, the Embiez are rich in abundant fauna and flora. Its wild side is both the most surprising and the most appreciated: secret coves, crystal clear waters, reefs, pine forest and scrubland, flowers and vines. Discover this wild space on foot (2h), by bike (1h) or by little train (40 minutes)...the spectacular views and its natural diversity will make this stay a unique experience...


and the Port du Brusc

An ancient city, the port of Le Brusc is a small fishing port. You can buy your fresh fish caught by local fishermen as soon as they return from the sea in their colourful points. After your shopping, enjoy a coffee or an aperitif on one of the many sunny terraces. A simple but so comforting pleasure!

Before leaving again, do not miss the walk towards the Gaou island, the protected lagoon and its magic colors will enchant you.

Cape Sicié and the Rocks of the 2 Brothers

The 2 Brothers are twin rocks in the shape of sugar loaf located east of Cap Sicié.
With a surprising presence, they are at the origin of many legends that still haunt the waves...

Legend has it that two brothers found a wounded mermaid on the beach one evening... They healed her and fell madly in love.
In their madness, they killed each other.
The siren, before returning to the waves, begged Poseidon to leave them an apparent form in memory of their passion. The God of the Sea erected the 2 rocks there.

Other legends evoke giant octopuses and sunken treasures... But we must keep it a secret!


Probably the most beautiful beach in the West Var! With its fine sand, it will delight young and old. The proximity of the Fernand Braudel Landscape Park allows you to cool off in the shade of the olive trees when the sun is too hot. You can easily eat there or have a drink. But also for the more sporty to practice activities like sailing, kayaking, paddle or towed buoys.
Close to the beach, the charcot walk offers a wonderful view at sunset.

From Six Fours to La Seyne, discover one of the most vertiginous and impressive paths of the Var coast on the cliffside. 360 m orientation table with panoramic view over all the coastal islands. Sports part, difficult to steep. Accessing La Seyne sur Mer you will cross pebble beaches, black sand (Fabrégas) and the large fine sand beach of Les Sablettes.

The next part will take you on the Pointe de Marégau to the beach of La Coudoulière. In Saint Mandrier the path offers privileged views over the rocks of the Deux Frères and Cap Sicié.
It benefits from some built heritage elements such as the St Elme fort, the Domaine de l'Ermitage, the Coudoulière fort and the Gros Bau fort.


The port of St Mandrier


Closing the famous harbour, like a lock, the peninsula of Saint Mandrier sur Mer, at the most remote times, was formed by three nearby islands that had become "Isle de Sépet" over the centuries. The Phoenicians, the Rhodians, the Ligurians, the Celto-Ligurs, the Massadians, the Romans stopped there. Thus, the bay of Creux Saint-Georges sheltered many navigators and some huts appeared on the shore.

Saint Mandrier sur Mer has managed to preserve its maritime heritage (many traditional boats "les pointus" next to pleasure boats) and retains its village soul of fishermen.

The Seynois coastline outside the city centre was shaped by the military port of Toulon and the works ensuring its defence, Fort Balaguier (1634), Fort de l'Eguillette (1680), Fort Napoléon (1812) and Batterie de Peyras (1879, battery equipped with German guns, very rare).

Tamaris has also influenced Seynese history since Marius Michel Pacha entirely created this luxury seaside resort (from 1880 until his death in 1907): hotels, casinos, villas... everything had to meet the requirements of a luxury winter resort. When the Tamaris station declines in attendance, the Sablettes station takes over. Its proximity to the beach corresponds to the evolution of new modes, sea bathing. Shaved during the Second World War, it will be totally rebuilt by the architect Fernand Pouillon and classified Heritage of the XX ème century.

If you put aside its rich heritage, Tamaris Bay offers breathtaking sunrises and sunsets.

Mussel and shellfish farming: Tamaris mussels have been traditionally cultivated for over a century in Lazaret Bay, around small huts mounted on stilts. Tamaris mainly grows mussels and a few oysters.
Did you know that? The red mussel of Tamaris is an endemic species, product of exception, of great finesse highlighted by star chefs such as Lionel Lévy in his restaurant in Marseille. 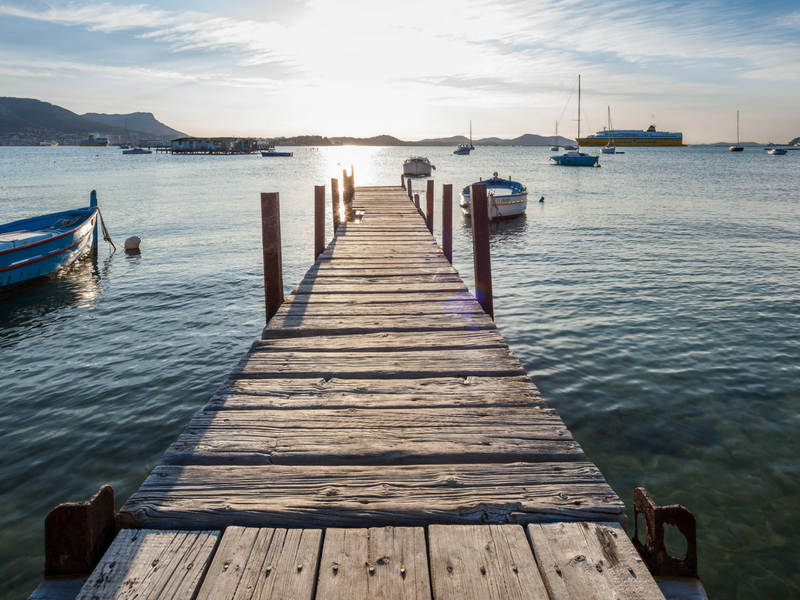 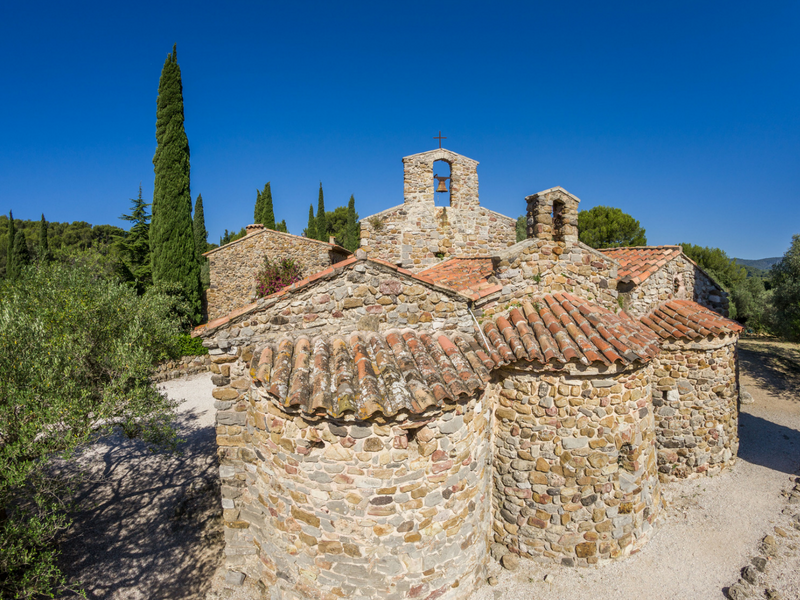 
Pre-Romanesque chapel from the 6th century with 3 naves and absidioles, restored in 1956 by Father Charlier.

The chapel has a crazy charm and a walk in its park will offer you a sweet moment of serenity.

The Provençal village of Ollioules and its craftsmen of art

City of Flowers and the Olive Tree, Ollioules has always liked to combine tradition and modernity by promoting its rich heritage and the know-how of its artists and craftsmen. For more than 20 years, the city has launched a program to welcome craftsmen in the heart of the old center of the city.
To this day more than 30 crafts live from their creation in premises renovated by the city, ceramists, painters, sculptors, glass creator, luthiers, stained glass... All have in common this love of art which allowed Ollioules to obtain the label "City and Crafts" since 1999.
The workshops are open all year round and welcome visitors in a heart of the city that encourages walking.
The artists and craftsmen of Ollioulais are gathered within the association Echos d'Art.
A heritage circuit has also been created to allow visitors to stroll between alleys and porticoes, fountains and arcades, while admiring the richness of the local heritage.


The remains of the feudal castle

Located on the hill Ste Barbe, this castle occupied from XIe century until 1520, marks the birth of the medieval period following the first occupation of Ollioules on the site of Courtine (-VIe -Ier century). Property of the Viscounts of Marseille, these vestiges still bear witness today to a feudal era long gone.
Travel plan